on May 25, 2019
A legend for both Netherlands and Bayern Munich, Arjen Robben has undoubtedly been one the football's finest wingers of the 21st century. Known for his speed and technique of maneuvering the ball forward, quickly while Cutting in from the right wing to shoot with his left foot, Robben has definitely been a joy to watch and will be missed by the lovers of the beautiful game once he hungs up his boots. 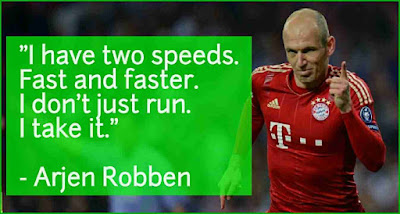 He are some of the best quotes by Arjen Robben.

On his least favorite stadium 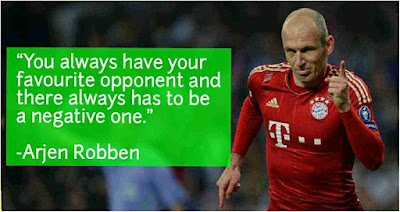 On his signature move

Reflecting on his illustrious career, Arjen Robben tells the Daily Mail that one of his largest regrets is a missed chance in the final at the 2010 FIFA World Cup South Africa™