30 greatest Michael Jordan Quotes on Everything


Michael Jordan is regarded by most People as the NBA's greatest all-time player, He won six titles with the Chicago Bulls. Jordan was named the NBA’s Most Valuable Player (MVP) five times (1988, 1991, 1992, 1996, 1998).
Michael Jordan retired from basketball twice prior to his final retirement after 2002 – 2003 season. He ended his career with 32,292 total points and a 30.12-points-per-game average, which was the best in league history, as well as 2,514 steals, the second most ever.
In 2006 Jordan became minority owner and general manager of the NBA’s Charlotte Hornets. He bought a controlling interest in the team in 2010 and became the first former NBA player to become a majority owner of one of the league’s franchises.
Here are some of his greatest both as a player and a businessman. 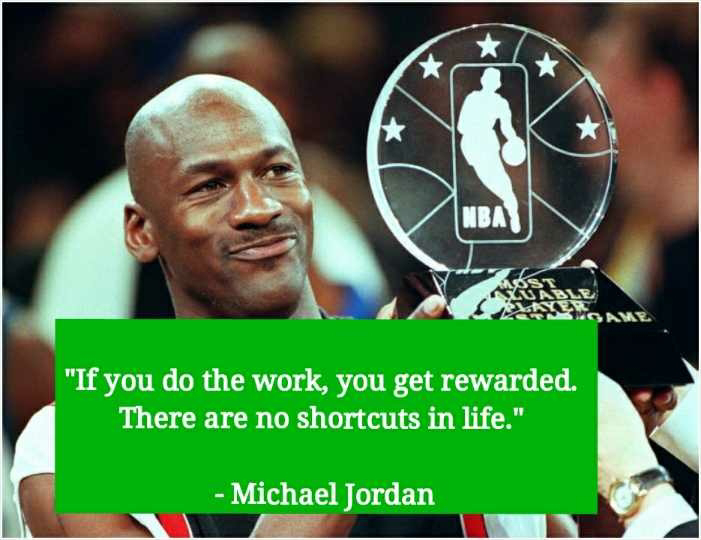 1."If you do the work, you get rewarded. There are no shortcuts in life."

2."I've missed more than 9000 shots in my career. I've lost almost 300 games. 26 times I've been trusted to take the game winning shot and missed. I've failed over and over and over again in my life. That is why I succeed."

3."I realized that if I was going to achieve anything in life I had to be aggressive. I had to get out there and go for it."

5."I play to win, whether during practice or a real game. And I will not let anything get in the way of me and my competitive enthusiasm to win."

6."My attitude is that if you push me towards something that you think is a weakness, then I will turn that perceived weakness into a strength."

7."To be successful you have to be selfish, or else you never achieve. And once you get to your highest level, then you have to be unselfish. Stay reachable. Stay in touch. Don't isolate."

8."I believe greatness is an evolutionary process that changes and evolves era to era."

9."The game of basketball has been everything to me. My place of refuge, place I've always gone where I needed comfort and peace. It's been the site of intense pain and the most intense feelings of joy and satisfaction. It's a relationship that has evolved over time, given me the greatest respect and love for the game."

11."I want to be perceived as a guy who played his best in all facets, not just scoring. A guy who loved challenges."

13."My heroes are and were my parents. I can't see having anyone else as my heroes."

15."I believe greatness is an evolutionary process that changes and evolves era to era."

16."My father used to say that it's never too late to do anything you wanted to do. And he said, 'You never know what you can accomplish until you try." 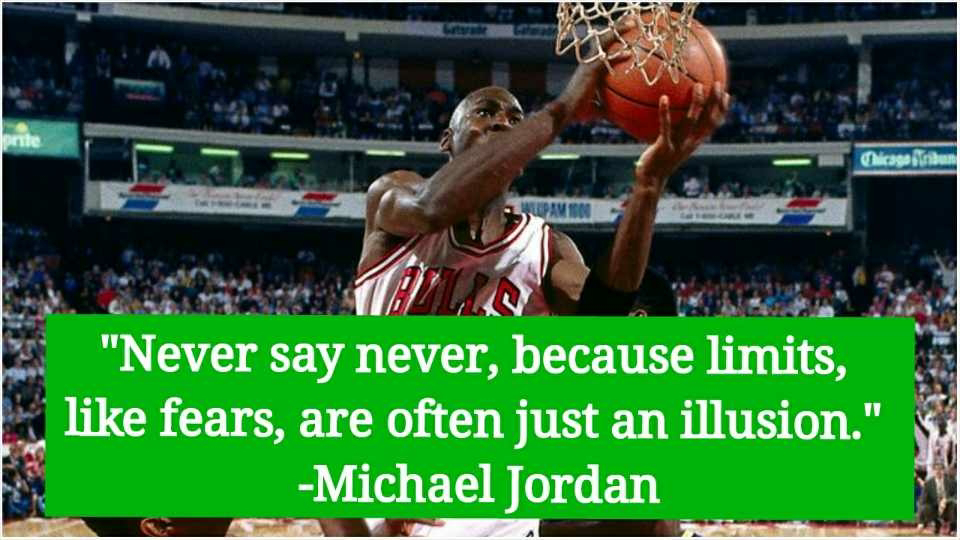 18."Never say never, because limits, like fears, are often just an illusion."

19."The minute you get away from fundamentals – whether it's proper technique, work ethic or mental preparation – the bottom can fall out of your game, your schoolwork, your job, whatever you're doing."

20."It's heavy duty to try to do everything and please everybody. My job was to go out there and play the game of basketball as best I can. People may not agree with that. I can't live with what everyone's impression of what I should or what I shouldn't do."

21."There is no such thing as a perfect basketball player, and I don't believe there is only one greatest player either."

22."My mother is my root, my foundation. She planted the seed that I base my life on, and that is the belief that the ability to achieve starts in your mind."
Features inspirational quotes Michael jordan biography Michael jordan facts michael jordan stats motivational sports quotes NBA quotes sports quotes