25 brilliant Muhammad Ali quotes that will inspire you

on January 18, 2020
Muhammad Ali was an American professional boxer, activist, and philanthropist. Nicknamed "The Greatest," he is widely regarded as one of the most significant and celebrated sports figures of the 20th century and as one of the greatest boxers of all time.
Here is a list of some of his best quotes (in no particular order): 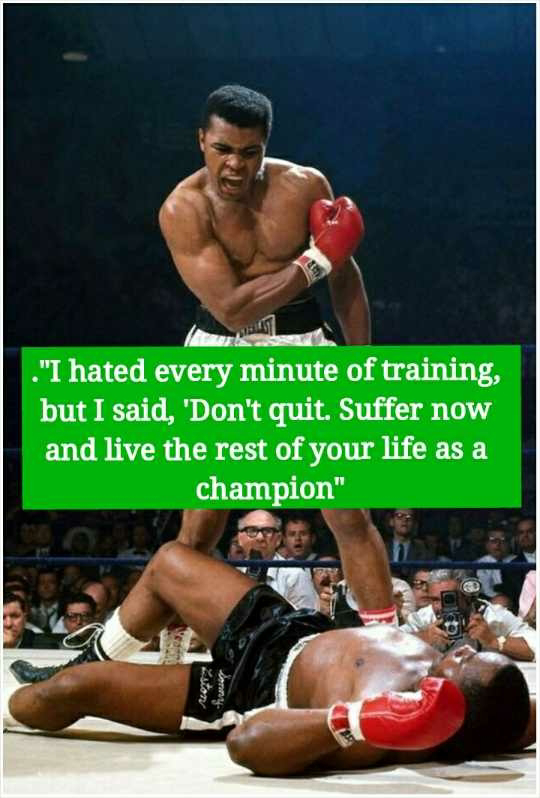 1."I hated every minute of training, but I said, 'Don't quit. Suffer now and live the rest of your life as a champion"

2."Friendship is the hardest thing in the world to explain. It's not something you learn in school. But if you haven't learned the meaning of friendship, you really haven't learned anything."

4."Champions aren't made in gyms. Champions are made from something they have deep inside them-a desire, a dream, a vision. They have to have the skill, and the will. But the will must be stronger than the skill."

5."I'm a fighter. I believe in the eye-for-an-eye business. I'm no cheek turner. I got no respect for a man who won't hit back. You kill my dog, you better hide your cat."

6."Often it isn't the mountains ahead that wear you out, it's the little pebble in your shoe." 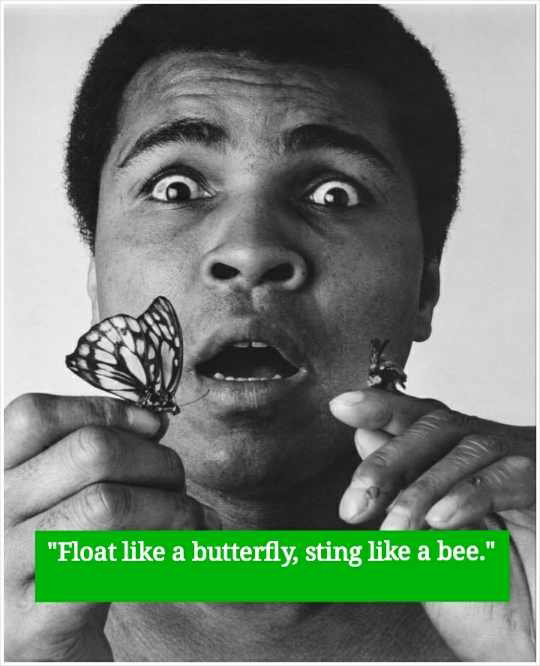 9."Inside of a ring or out, ain't nothing wrong with going down. It's staying down that's wrong."

10."He who is not courageous enough to take risks will accomplish."

11."You lose nothing when fighting for a cause ... In my mind the losers are those who don't have a cause they care about."

13."It's lack of faith that makes people afraid of meeting challenges, and I believed in

14."I don't count my sit-ups; I only start counting when it starts hurting because they're the only ones that count."

16."Service to others is the rent you pay for your room here on earth." 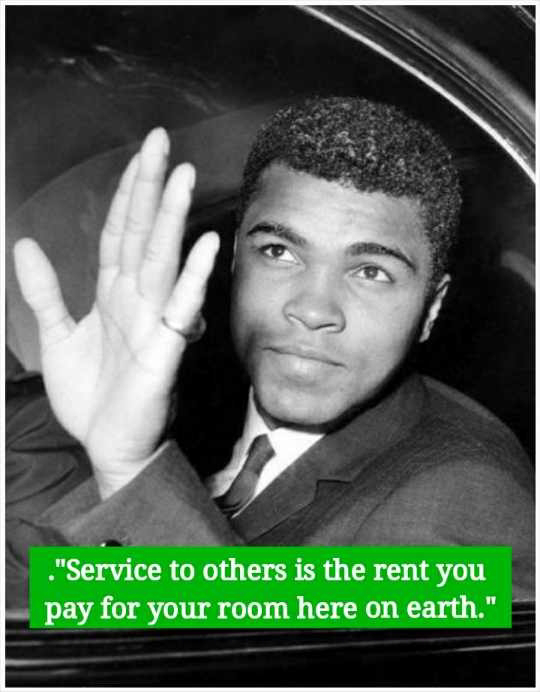 17."I am the greatest. I said that even before I knew I was. I figured that if I said it enough, I would convince the world that I really was the greatest."

18."There are no pleasures in a fight, but some of my fights have been a pleasure to win."

19."If my mind can conceive it, and my heart can believe it—then I can achieve it."

21."Live everyday as if it were your last because someday you're going to be right."

22."I never thought of losing, but now that it' s happened, the only thing is to do it right. That's my obligation to all the people who believe in me. We all have to take defeats in life."

23."I wish people would love everybody else the way they love me. It would be a better world."
motivational sports quotes muhammad ali facts