30 greatest Pele quotes on Football, success and other football legends

on February 03, 2020
Born Edson Arantes do Nascimento and later Nicknamed Pele, he is regarded by many to be the greatest football player of all time.

According to those who watched him play he was a clinical, prolific goal scorer. He could strike the ball with both feet and always knew where the goal was and where the defenders were going to be. In short he was phenomenal.

Some of the most notable highlights of his career include; scoring a total of 1,283 first-class goals - 77 of those for Brazil. He also won three World Cups, two World Club Championships and nine Sao Paulo State Championships.


Here are some of the greatest quotes by Pele: 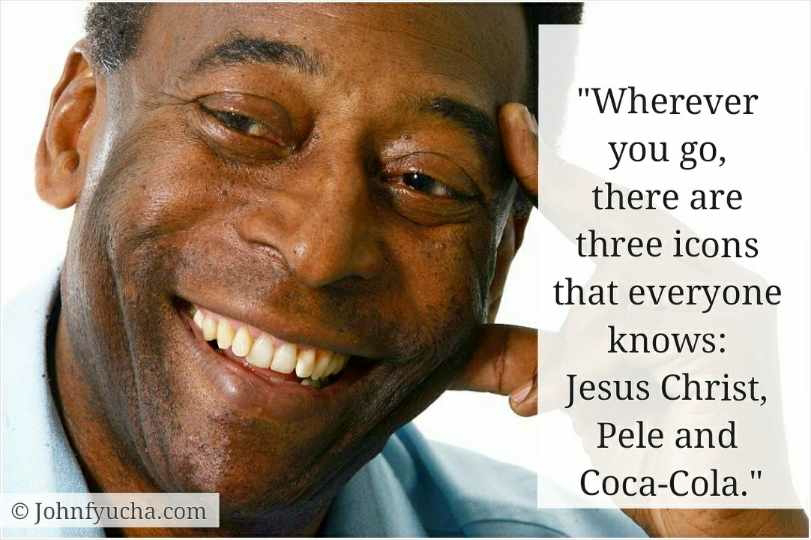 “Football is like a religion to me. I worship the ball, and I treat it like a god. Too many players think of a football as something to kick. They should be taught to caress it and to treat it like a precious gem.”

“When you play against dirty players or very tough players, it's easy to escape because you know what they're going to do. But when the player is tough but intelligent, it's much more difficult.”

“Success isn't determined by how many times you win, but by how you play the week after you lose.”

“There is always someone out there getting better than you by training harder than you.”

“A lot of people, when a guy scores a lot of goals, think, 'He's a great player', because a goal is very important, but a great player is a player who can do everything on the field. He can do assists, encourage his colleagues, give them confidence to go forward. It is someone who, when a team does not do well, becomes one of the leaders.”

“Success is no accident. It is hard work, perseverance, learning, studying, sacrifice and most of all, love of what you are doing or learning to do.”

“If you don't give education to people, it is easy to manipulate them.”

“I am constantly being asked about individuals. The only way to win is as a team. Football is not about one or two or three star players.”

“The World Cup is a very complicated tournament - six games, seven if you make it to the final - and maybe if you lose one game you're out, even if you're the best.”

“The more difficult the victory, the greater the happiness in winning." 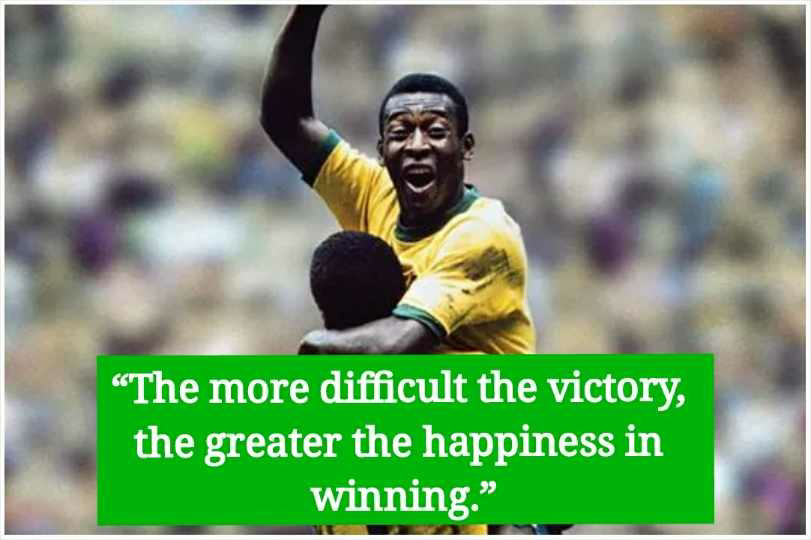 “If I pass away one day, I am happy because I tried to do my best. My sport allowed me to do so much because it's the biggest sport in the world.”

I always think that I would have become an actor if I hadn’t been a soccer player."

“I was really proud that I was named after Thomas Edison and wanted to be called Edson. I thought Pele sounded horrible. It was a rubbish name. Edson sounded so much more serious and important.”

"Wherever you go, there are three icons that everyone knows: Jesus Christ, Pele and Coca-Cola."

“You must respect people and work hard to be in shape. And I used to train very hard. When the others players went to the beach after training, I was there kicking the ball.”

“Enthusiasm is everything. It must be taut and vibrating like a guitar string”

"For 20 years they have asked me the same question, who is the greatest? Pele or Maradona? I replay that all you have to do is look at the facts – how many goals did he score with his right foot or with his head?"

“I like Messi a lot, he's a great player. Technically, we're practically at the same level.”

“Lionel Messi is a wonderful player. Very skillful. Highly intelligent. He is not good in the air.”

“Ronaldo has come through for the past two or three years and is the best in Europe. I think at the moment no doubt Ronaldo is the best player.”

"Pele was the only footballer who surpassed the boundaries of logic." - Johan Cruyff 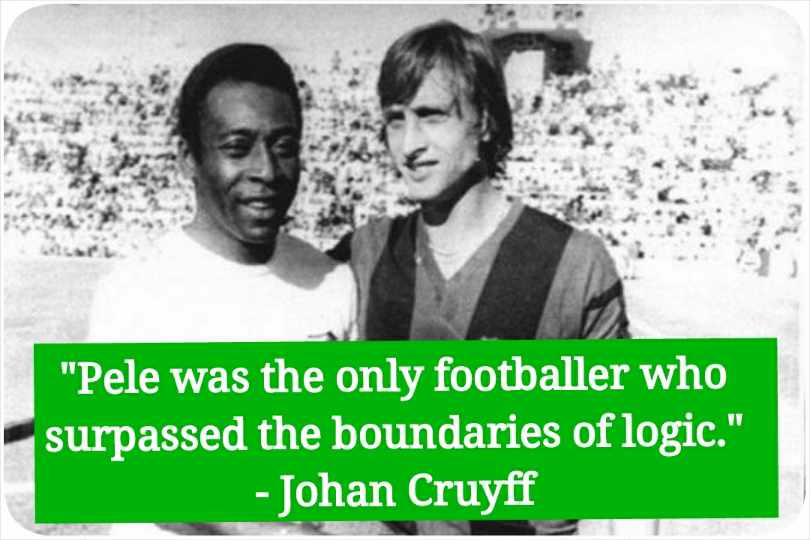 "Messi has all the conditions to be the best, but first he has to beat Maradona, Romario and then eventually Pele." - Romario

"The best player ever? Pele. [Lionel] Messi and Cristiano Ronaldo are both great players with specific qualities, but Pele was better." - Alfredo Di Stefano

"An artist in my eyes is someone who can lighten up a dark room. I have never and will never find difference between the pass from Pele to Carlos Alberto in the final of the World Cup in 1970 and the poetry of the young Rimbaud. There is in each of these human manifestations an expression of beauty which touches us and gives us a feeling of eternity." - Eric Cantona
Features Inspirational Football Quotes pele biography pele facts short soccer quotes the Famous Football Quotes for instagram top famous soccer players