on February 27, 2020
Footballers can dazzle people with their skills on the field but when it comes to giving statements they can have an even profound effect on our minds by the sheer stupidity of some things they say. Let’s treat our ribs to some of the Funniest Quotes by Footballers.

1. "My wife doesn't like football. One day she called me 10 minutes before a game to find out where I was." - Peter Crouch.

2. "Neymar is the Kim Kardashian of football. He is not at the level of Ronaldo and Messi, and there are many other players in front of him. Neymar, more than a football phenomenon, is an advertising phenomenon, like the Kardashians." - Joey Barton

3. "I would not be bothered if we lost every game as long as we won the league". - Mark Viduka

4. "I was the strongest player on the team, despite the fact that I weighed 73kg. Chelsea had Essien and Ballack in midfield. We had Rosicky. If you said as much as "how are you" to him, he would then be injured for 2 and a half months." - Emmanuel Adebayor

5. "They're lucky I didn't come 10 years ago because I would be the president today" - Zlatan Ibrahimovic On his impact on MLS

6."I asked my son who his favourite player was. I expected him to say 'You, Dad'. But he said Thierry Henry." - Didier Drogba 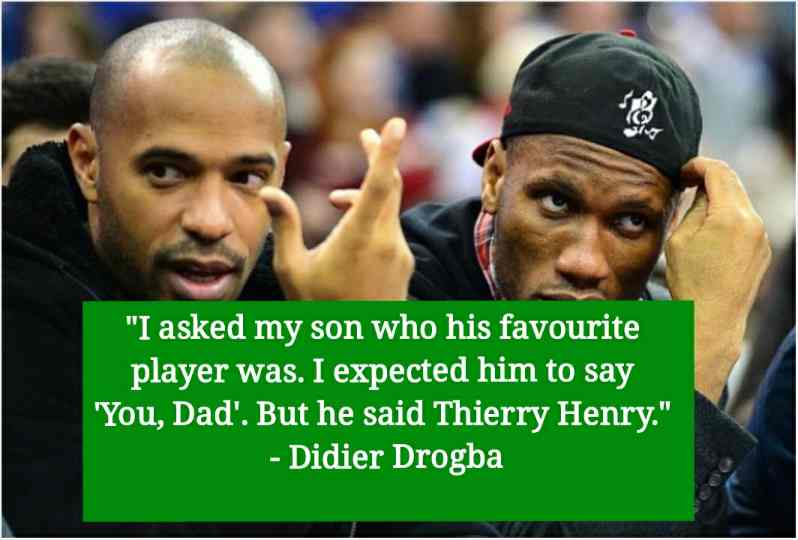 7. "My parents have been there for me, ever since I was about 7" - David Beckham

8. "Sometimes in football you have to score goals". - Thierry Henry.

9. "Some people think football is a matter of life and death. I don't like that attitude. I can assure them it is much more serious than that". - Bill Shankly

10."We're looking for an apartment. If we don't find anything, then I'll probably just buy the hotel." -Zlatan Ibrahimovic at his unveiling as a Paris Saint-Germain player.

11. "Football was my only hope in life. I wasn’t too good at school. To give you an idea, I managed to fail art in a class where my uncle was the teacher." - Richarlison

12. "I had no idea who my teammates at Genoa were when I signed. So I turned on my PlayStation and looked them up on FIFA." - Krzysztof Piątek

13. “I entered AC Milan's locker room at 17. Ronaldo gave me a Playboy magazine and said 'be in my group or in Kaka’s (the religious one)." - Pato.

14. "I shouldn't say this - definitely not now! But when I was young I was a massive united fan" - Raheem Sterling

15. "The success has helped a lot, especially with girls, they send me naked photos" - Joao Felix 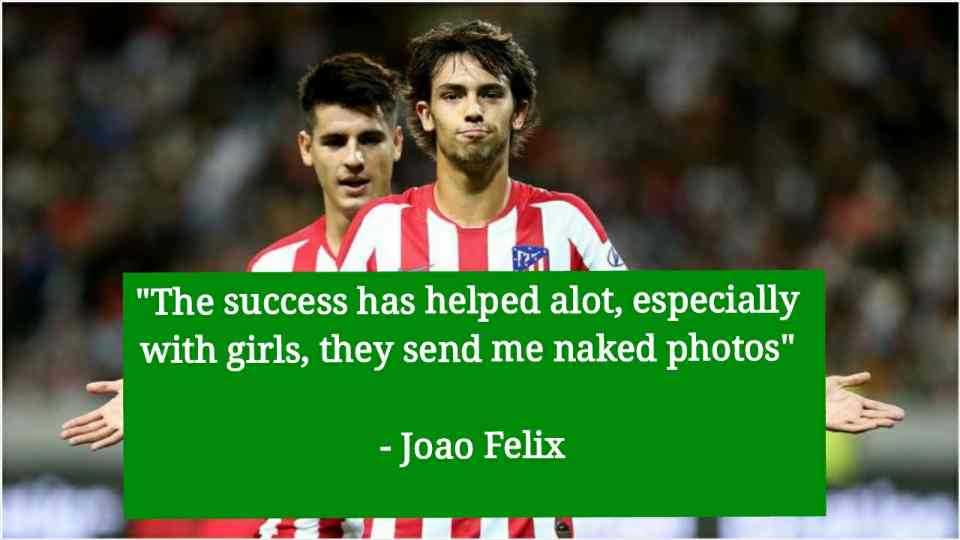 16. “I have one selfie on my smartphone. That’s with Messi. Cristiano was in the room, as well...” - Jürgen Klopp

18. "I’m happy for Toronto as they’ll be remembered as my 500th victim." - Zlatan Ibrahimović after scoring his 500th career goal.

19. “One day. Romario asked me if could miss training to go to Brazil for Carnival I said: ‘If you score two goals goals tomorrow.’ He scored twice in 20 minutes against Madrid and asked to be replaced: ‘Coach, My plane leaves in one hour.’” – Johan Cruyff

20. "Have Tottenham closed the gap on Arsenal? Last time I checked they were still 4 miles and 11 titles away." – Arsene Wenger On Tottenham closing the gap

21. "You watch 'Little Mozart' play with great pleasure. His movement on the pitch was impressive, full of class and grace. I still believe he must be the richest footballer I know."

"He never spent any money. The whole time I was at Arsenal he had the same car, a 2005/6 Mercedes, and he only wore clothes from his sponsor. The only thing he didn't spare on was his guitar." – Wojciech Szczesny on Tomas Rocisky

22."He's leaving because he's Guardiola's favourite. If it's anyone's fault, it's mine. I can't make myself shorter and learn Spanish” – Jurgen Klopp on Mario Gotze joining Bayern

23. “Only thieves can complain about the introduction of security Cameras!” – Jose Mourinho on controversy surrounding VAR

24. “Next season I will train my youngest son’s team. Of course they already know what the training plan is: Cut in from the right and shoot with the left.” – Arjen Robben

25. “We had a WhatsApp group at Monaco at that time and the title was ‘TRANSFER MARKET’ for a few hours because we knew that Monaco… was going to generate interest from other clubs.” – Bernando Silva on Monaco’s 2016/2017 squad

26. “You see a man with his d**k swinging around. Who wants to see that?!” – Jurgen Klopp on pitch invaders

27. “When I stood in the tunnel as a united player, I saw Ronaldo, Giggs, Scholes, Neville, Vidic, Rio, Evra, Van De Sar. Then I looked at the opponents. They were already beaten.” – Dimitar Berbatov 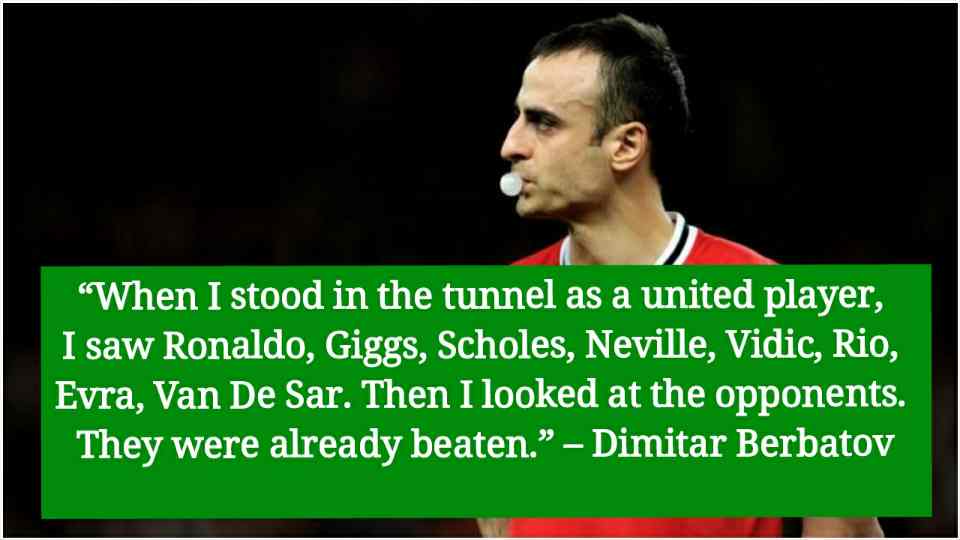 29. "MLS is not the level of Europe, to be honest. Before, I played with players either on my level or close to it. Which makes the game connect easier. ... Here, I am like a Ferrari among Fiats.” – Zlatan Ibrahimovic

30. "Any manager will tell you that they would rather win one and lose two than to draw three, because you get more points." – Les Ferdinand